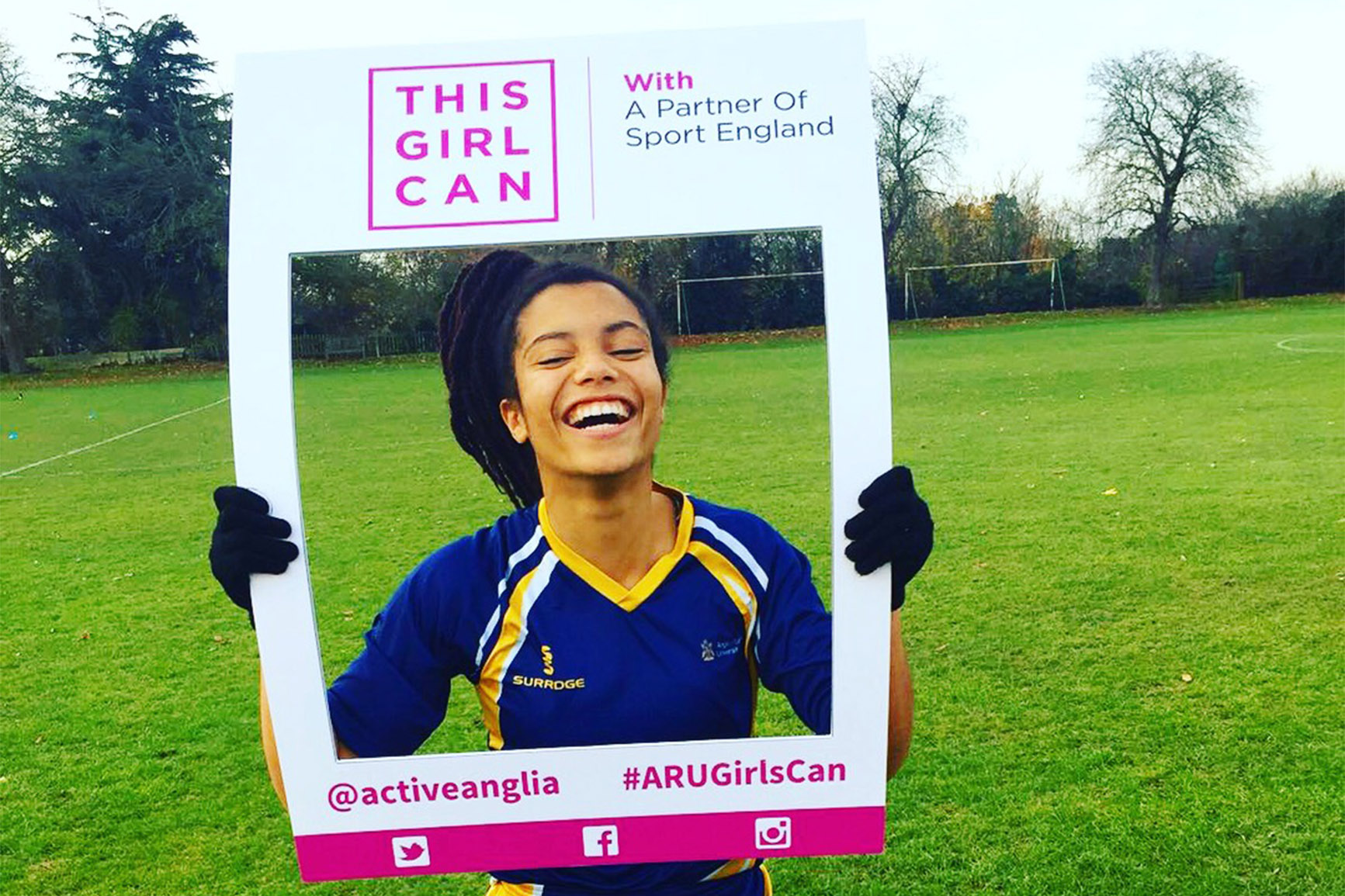 Our women in fitness series is a celebration of fly girls doing fly things. Meet Monique aka ‘Mon’ – a football-loving student and runner who believes more women should take up the sport.

I’ve always been an active person; even from a young age, I was the first and last on the monkey bars. Looking back, I feel sorry for my parents having to try and keep up with my energetic character! It wasn’t until I was 8 that I got into football; this was because I got separated from my best friend who was put into another class.  I started to play football with the boys at break time, but it wasn’t all fun and games as it took the boys over a year to actively involve me in the game. The only way I would get the ball would be if I intercepted a pass or made a tackle. I stuck at this every day and eventually I became part of the boy’s team and the captain of the girl’s football team.

Growing as a player

When I was 11, I had a trial for Tranmere Rovers Ladies Football Academy. I remember thinking, “no way am I good enough to play for an academy”. They selected me and I played with them right up until I went to university. I have some of my fondest memories at this club and occasionally train with them when I go home to visit my family. I went to Anglia Ruskin University in Cambridge to study Biomedical science. I joined the university team but I never really found my place in this squad. Fortunately, I was selected for Cambridge United Woman’s football team, and it was here where I progressed the most as a player.

My best experience was playing against Crystal Palace Ladies at Selhurst Park. As a winger who is ambidextrous, I was able to fly up and down both wings with great speed and confidence. But as I’ve always been a driven person, I’d put a lot of pressure on myself to succeed, always scrutinising every aspect of my training or game. This led to me quitting playing football and I switched to short sprints and track in September 2016. Throughout this time, I’ve been involved with many events like those run by Track Mafia and indoor competitions at Lee valley. This has all helped me become physically fitter.

As football was my first love, I am always drawn back to it, and there is nothing more freeing than being on the pitch and playing a game I love so much. Now I have moved to London, and I am currently waiting to start my masters in Neuroscience at King’s College London. I’m also involved in a few sports groups. I run with a group called Tempo in Peckham on Tuesdays, I train at Paddington Rec on Thursdays with Track Mafia, and on Sundays I train with Coats and Goalposts, a mens’ football team in Shoreditch. I am the first girl to train with them, and the eventual aim is to set up a similar environment for girls to come along and get involved in football too. I love football, and I am excited to get back into the game, I also hope that I can get girls involved in the sport and to show that it is not just a boy’s sport, because girls rock at football and the world needs to see more of that!!

Do it for you, not for anyone else.