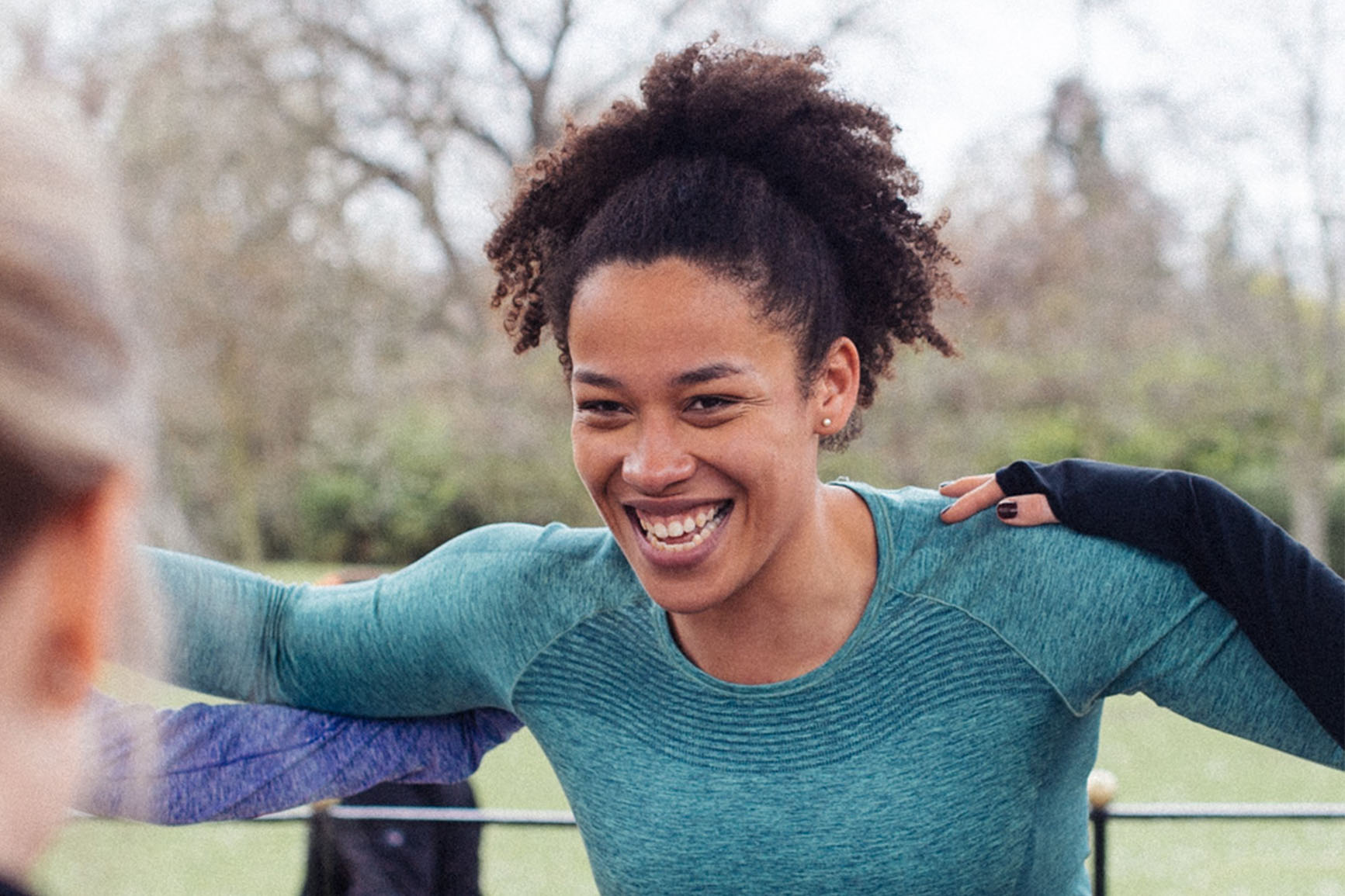 Our women in fitness series is a celebration of fly girls doing fly things. Meet Emma – she may help runners find the right trainers for a living at Profeet, but in her spare time, the fitness enthusiast is a co-coach at Track Life Ldn and is currently training to become a Level 4 coach in strength and conditioning. In her fitness story, she shares how she used fitness to deal with the loss of her father.

I am a Senior Run Technician and Footwear Buyer and Social Media Manager for a company called Profeet. We analyse mechanics of walkers/runners, give a hands-on analysis of the foot and ankle, correctly suggest the right trainers as well as make custom running insoles!

I’ve been involved in athletics and all things sport since I was 4 years old. You name the sport, I’ve tried it – from trampolining to table tennis, swimming to athletics: I’ve dabbled in it all. I competed to national standard for discus for many years and when I left uni, I really got into fitness as we know it. But life was rocky for me as I sadly lost my dad to brain cancer. It happened quickly over only a six-month period and was a huge shock to me. The first two years after his death,  I almost ignored that it had happened. He’d just gone away on holiday in my head until one day just after work it hit me and I couldn’t stop crying.

I initially used exercise as a coping mechanism but it swiftly spiralled into me training 8,9,10 times a week. Why? How? Training was my outlet for all the thoughts in my brain.  It was my way to hide from grief and the depression that came with it. It took me time to overcome my excessive training. But my mum was my rock during the hard times, as a mother and father figure, supporting me all the way. And my friends and other great people in my life helped me to become stronger and explained the experience would make me who I am today. They were certainly right. To help me put my training to use, I raised money for Cancer Research. The craziest challenge I did was 24hrs of burpees for charity (and no, I’d never do it again). I raised over £1000 and completed 7015! And other fundraising efforts included marathons and a full indoor Iron Man!

I currently co-coach a track night on Mondays with Rory Knight and Omar Mansour called Track Life Ldn (@track_life_ldn). Personally I’m in training to become a Level 4 S&C coach which I’ll hopefully achieve by the end of August. Then when it comes to personal challenges, I’ve recently taken up CrossFit and LOVE everything about it, so I’d love to eventually enter and compete in that!

Make sure the only reason you are on your journey is for you. Because ultimately, you making the effort to help yourself and simply love and appreciate yourself more-there is nothing selfish about self-improvement and being a better you.

Music to move to: listen to Emma’s five dope tracks