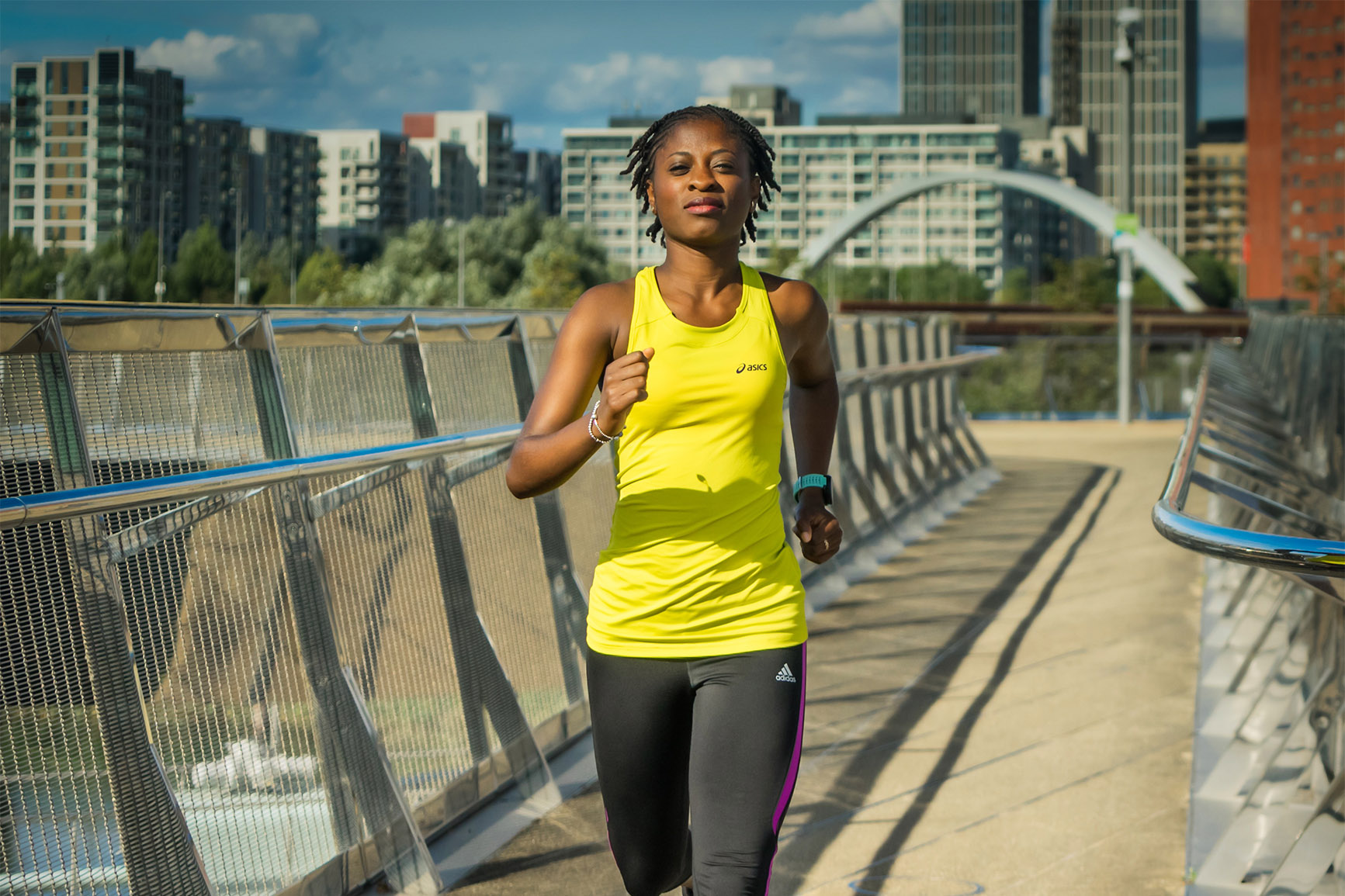 Our women in fitness series is a celebration of fly girls doing fly things. Meet Angela – an East Londoner who was inspired to get back into fitness after she saw the impact the 2012 Olympics made in her local area.  She’s now a qualified PT, nutritionist and founder of her own company Topaz Fitness.

I was very athletic in secondary school and I loved P.E – mainly running and high jump which always gave me a massive confidence boost. Sometimes I think I could have gone into athletics professionally if I had kept it going, but my upbringing was very much focused on academics so I didn’t pursue that possibility.

By the time I started college I had pretty much lost interest in sports. I think it’s quite common when its not compulsory anymore, plus you start becoming interested in other things! It sounds crazy when I think about it but from the age of about 17 to 29 I barely exercised, although I would rock up and do the odd Race for Life 5k and raise money for Cancer Research (a very worth cause).

The thing that gave me a massive kick up the bum to get into fitness again was the 2012 Olympics. I grew up in Stratford and couldn’t believe how my old stomping ground had been transformed, and the way Team GB smashed it absolutely blew my mind. I dreamed about how amazing it would have been to be part of an Olympic games, especially on home soil. At that point I decided that I was going to get into sports again, so my first step was to get into running. I joined a lovely local running club now called Viewtube runners, doing weekly 5k runs. Next thing I knew I was running 10k, then a half marathon, then a full marathon –  and this year I ran my first ultra marathon ( six years down the line).

I wish I’d taken it up sooner because running fills me with so much confidence and I know for a fact that the runner’s high people talk about is definitely not a myth. Plus another amazing thing is that I’ve been able to raise a few grand for charities like Lupus UK and Mental Health Research UK. The other great thing is that running expanded my interest in other forms of fitness. Last year I became a fully qualified personal trainer/nutrition advisor and launched my own company Topaz Fitness.

2018 is the year in which Topaz Fitness is going move to another level. I have a growing list of personal training clients and I’m working on making myself available to teach group exercise in local communities in East London and beyond. My speciality is circuit training which can provide a full body workout including strength training and Cardio in a fun, high energy workout for people of all abilities. I also have an Instagram page and Facebook page where I share lots of free fitness, motivation and no nonsense nutrition advice.

A quote I heard from Danette May (an American fitness guru) said "Exercise is a celebration of what your body can do, not a punishment for what you ate". We all want to 'look good' (whatever that means) but imagine how much freedom there could be in simply celebrating the amazing creation the human body is and what it is capable of with a little consistency.