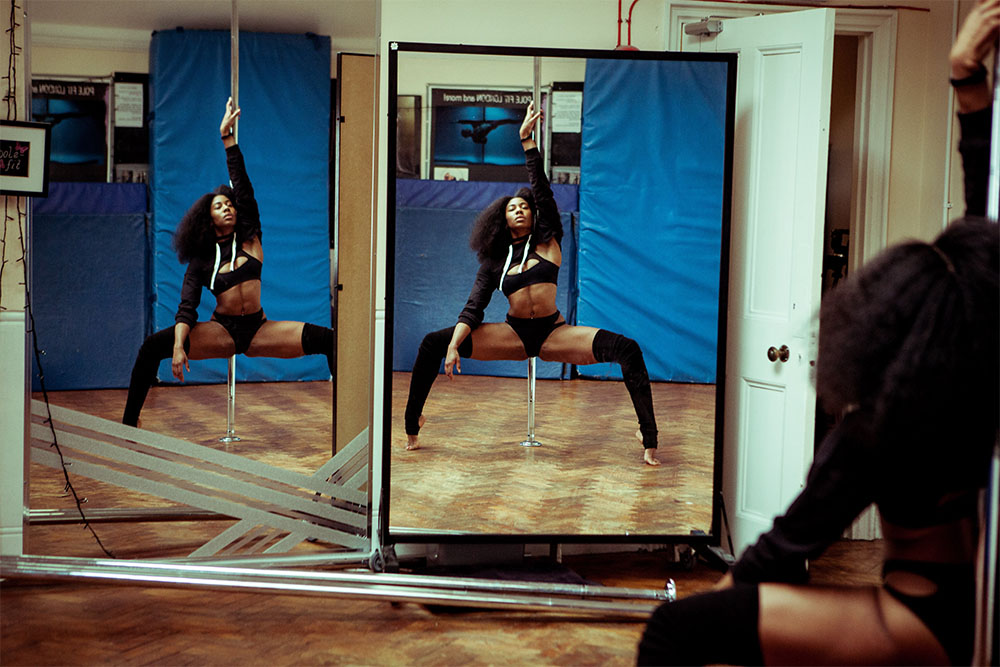 Our women in fitness series is a celebration of fly girls doing fly things. Meet Venetia – a runner and newly-qualified pole dance instructor who discovered stress relief through fitness.

I’d always been pretty active growing up but fitness played a significant role in my life during the year 2011. 2011 – 2012 was probably the most stressful time in my life. My dad was terminally ill, I was in an abusive relationship, in my final year of uni, working AND interning all at the same time. Life at the time was just so overwhelming and the only spare time I had I spent running. Running at that time had nothing to do with losing weight or anything, it was simply to have time on my own and for a while just forget about what was going on in my life. It was almost a kind of therapy. Running opened the door to other forms of fitness, so I’ve now completed a level 2 fitness qualification and I’m officially a pole instructor! I have been teaching for a while now as well as my own training sessions weekly but I balance this with running and weight training. In 2018, I’d love to run the reggae half marathon again. I ran it in 2017 and it was an amazing experience turning up at a race and seeing people that looked like me – young, black women. I want to keep working on getting stronger both physically and mentally and also want to challenge myself to perform (pole) more if the opportunity comes around.

For someone who's already started their fitness journey, remember your "why". Why did you start? Why did you choose to do this instead of that? For someone who is starting out I would say, find something that's fun to do!

Don't beat yourself up, ever. If I saw this "fitness/healthy lifestyle" ting as a destination I would have given up long time ago. It's always a journey. Enjoy and go get your life. You deserve nothing but the best!

Music to move to: listen to Venetia’s five dope tracks