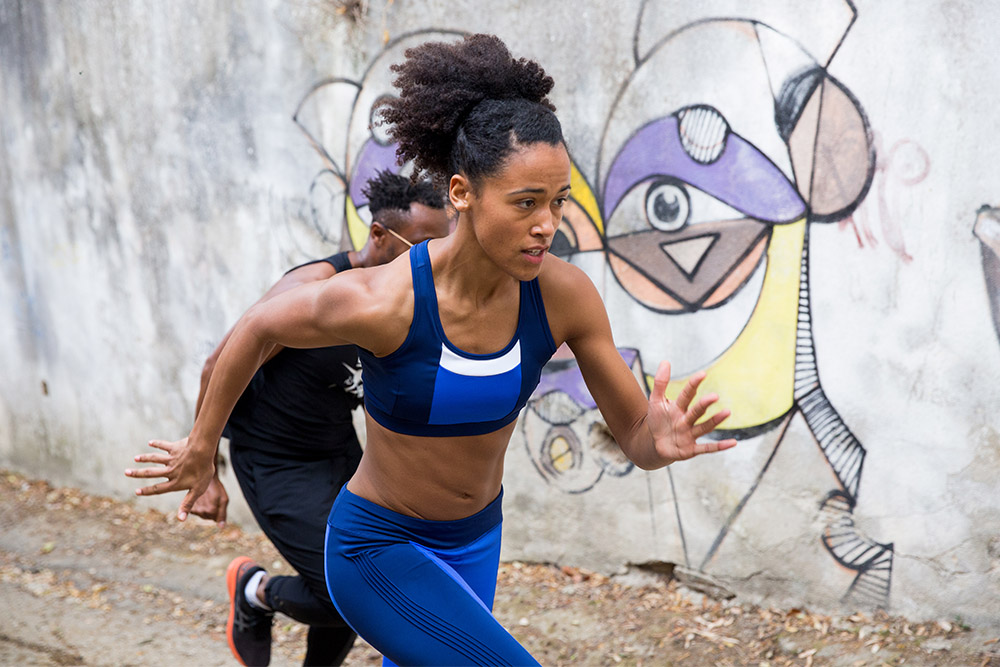 Our women in fitness series is a celebration of fly girls doing fly things. Meet Rowann –a scientist who’s excelled at running so much, she’s earned a place at the legendary Boston Marathon.

I first got into fitness, specifically running, when I was 9 years old. My mum took me to watch a local athletics competition and I instantly wanted to do it too. I joined the local club and was hooked. I ran competitively for 10 years until I got bored, went to uni and found other sports. I think this early life exposure helped a lot because since then, I’ve always been into fitness. I played competitive waterpolo and netball during uni before returning to running when I moved to New York City for work. I had always been a sprinter when I was younger and never ran anything over 400m. I needed a new challenge so I entered a half marathon. Four marathons and five half marathons later I am still loving running and this year, I’ll be running my biggest race so far  – the Boston marathon in April.

Finally, my  biggest fitness inspiration is Kelly Holmes. She won Olympic gold in the 800m and 1500m. You can’t get much better than that! She has battled through injury and depression and now has her own trust supporting young athletes from disadvantaged backgrounds. Although she has retired from competition she is still putting in the work and training hard. Her Instagram is full of useful training tips to make yourself a better runner.

You will only hold yourself accountable for goals that others know about. Tell someone what you're up to and even better find someone to train with.

Music to move to: listen to Rowann’s five dope tracks