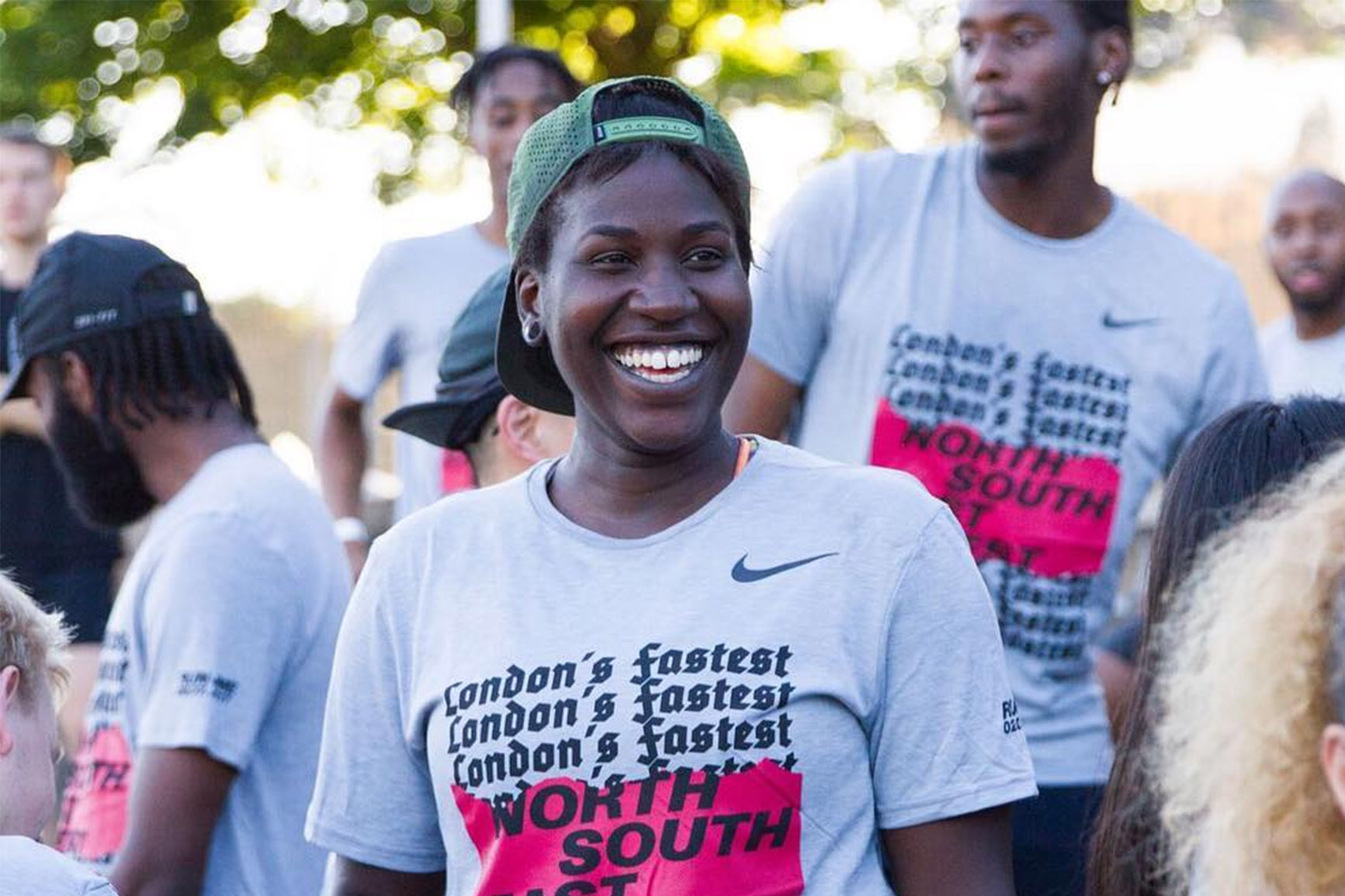 Our women in fitness series is a celebration of fly girls doing fly things. Meet Dora – she’s a dope fitness fanatic who coaches young people for a living – but when it comes to fitness, she’s always up for a  challenge (like running through the desert from LA to Las Vegas #truestory).

As a teen, I always wanted that ‘perfect body’ that I saw in Cosmopolitan magazine. As I grew older and became more experienced, fitness became about setting myself small reachable goals. The results? They became evident and fitness became addictive. It’s now something that defines me, something I want to use to inspire other women of colour who may not be as confident to try out something new.

It all started off with a boxing class I tried with a friend at 18. I began to train very hard with the coach at the time who told me to start running to improve my boxing. “Running? ew.” I tried various classes and gym workouts from Bikram yoga classes to kettlebells, getting stronger and stronger. I joined the boxing squad at my university and was told that I run “too slow”.  I got inspired to run a little here and there, and managed to run 10k at the time which was my longest distance, wahey!

I ran with several run clubs until I came across Run Dem Crew, and never looked back! Being surrounded and inspired by some absolutely amazing individuals, I feel that we as a unit could do anything we put our mind to! (Thanks for taking me in Charlie & Sanchia!) I’m still not the quickest runner ever, but with five marathons, two ultra relays through the desert, and a handful of half marathons and 10k races, I think it’s safe to say, I’m doing the damn thing!

This year, I  recently completed The Speed Project which is a 344-mile relay race from LA to Las Vegas! Check out my IG @doradontexplore to see highlights! I’m currently enjoying the downtime, plotting and planning for my next challenge.  I’m also working towards completing my Master’s degree in Pedagogical Leadership in Physical Education and Sport (what a mouthful!).

YOLO! Don't overthink it, just dive in and try something - women need inspiration from other women

Music to move to: listen to Dora’s five dope tracks