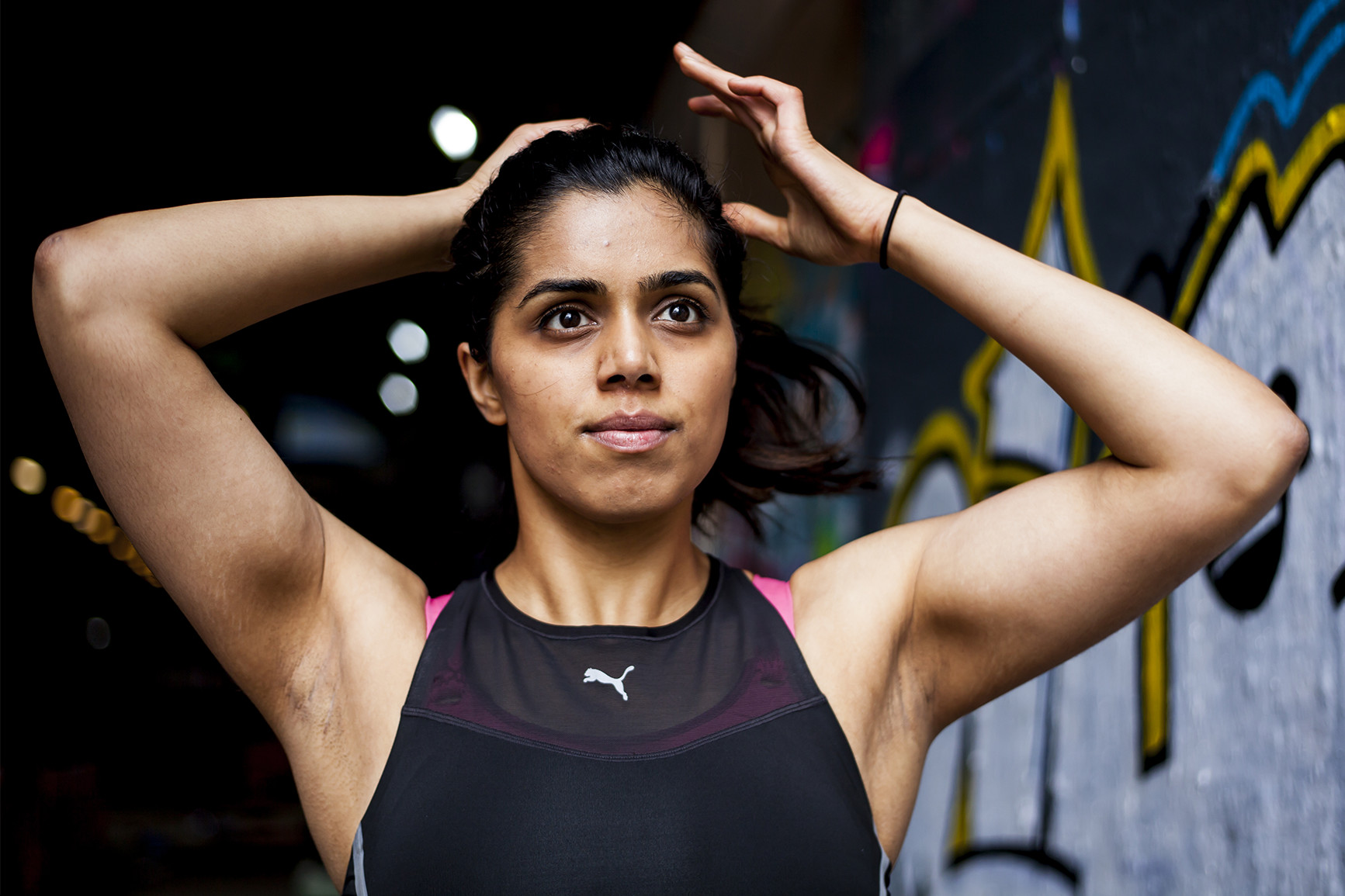 Our women in fitness series is a celebration of fly girls doing fly things. Meet Mara – a distance runner championing diversity in sports through the hashtag #defyexpectationstogether on Instagram.

A part of me has always been into sports and fitness. When I was at primary school, I took part in ballet and tap dancing (I’ve no idea how my two left feet coped), horse riding, swimming and the occasional bike rides. But at secondary school, for some reason I stopped all of those. If anything, I think it was because I became more academic-focused. My school was also an all-girls school where we didn’t have school uniform as that restricted our creativity and freedom of thought (or something along those lines). There wasn’t a lot of emphasis on sports but there was a lot of love for makeup and shopping – Oxford Circus was just around the corner! I played Goal Defence on the school netball teams but I really wanted to be captain and Centre! Gradually, I played netball less and less, especially when I became more focused on A-levels.

When I went to university, in first year I went to the gym a lot and was part of the netball club but fitness just nose-dived afterwards. In my final year, my younger brother was starting to prepare his applications for universities. He was doing all sorts of stuff, like running the Royal Parks half marathon, rowing and setting up businesses. He was waking up at 5am and there was me stuffing myself with digestive biscuits working on a dissertation, late, late at night! I realised I didn’t have any real hobbies, saw how many packs of chocolate digestives I was working through whilst studying and noticed how much weight I was putting on. The moment really hit me when I tried on a dress and saw it was a size 16. I felt so low. So, I made a promise to myself. I would work my ass off to achieve a first on my dissertation and then I would get back into exercising.

Falling in love with fitness

While I was at law school, my love for fitness grew more than ever. I played on the netball team (still Goal Defence), lifting weights in the gym and got into running. My first run was with a Runners’ Need’s run clubs. I partly got into running because I wanted to see if I could beat my brother’s half marathon time for Royal Parks – funny thing, sibling rivalry. I remember feeling dead after that first 5km run but knew I wanted to see how much I could push myself. And then it grew. Fast forward three years, and I’ve now run four marathons, two ultras and a handful of obstacle course races. My next challenge is bigger and will put me though hurt locker like never before. But I’ve yet to beat my brother’s 1:30 Royal Parks half marathon time…

Training for an iron man

I qualified as a personal trainer at the end of 2017 and have just started teaching a couple of classes in London. My biggest challenge in 2018 is completing Ironman UK in July. Ironman is a triathlon involving swimming 2.4 miles followed by cycling 112 miles ending with a marathon-distance run. It’s a party for the legs! I’ve never done a triathlon before this. So why am I doing it? The simple reason is, I want to challenge myself and test my boundaries and overcome fears and phobias, like my phobia of deep water. There’s something wildly exciting about doing an event described as one of the world’s toughest single-day endurance events The more complex reason is because among British Asian and ethnic minorities, sports participation is low compared to our black and caucasian counterparts.

Campaigns, like This Girl Can, have significantly helped to drive up participation in sports and fitness among women. But, from discussions with others and my own personal experiences, that increase hasn’t really reflected in participation among BAME women. There are so many factors for this, but a part of it is because the mainstream media is failing to show an ethnically diverse range of people. At grassroots level, part of it is due to cultural, religious or personal issues. Under my hashtag, #defyexpectationstogether, on Instagram, where you can track the highs and lows of my Ironman training, I want to encourage brands to add more colour and I want people to challenge their own or people’s expectations of what they can achieve. Ironman is an extreme choice, but it can be like entering the free weights area for the first time or running your first 5km. What do you want to achieve but have been held back from doing before? One year is 365 opportunities. Seize one of those opportunities and start working towards achieving your goal, whatever it may be.

Great things never came from being in your comfort zones.