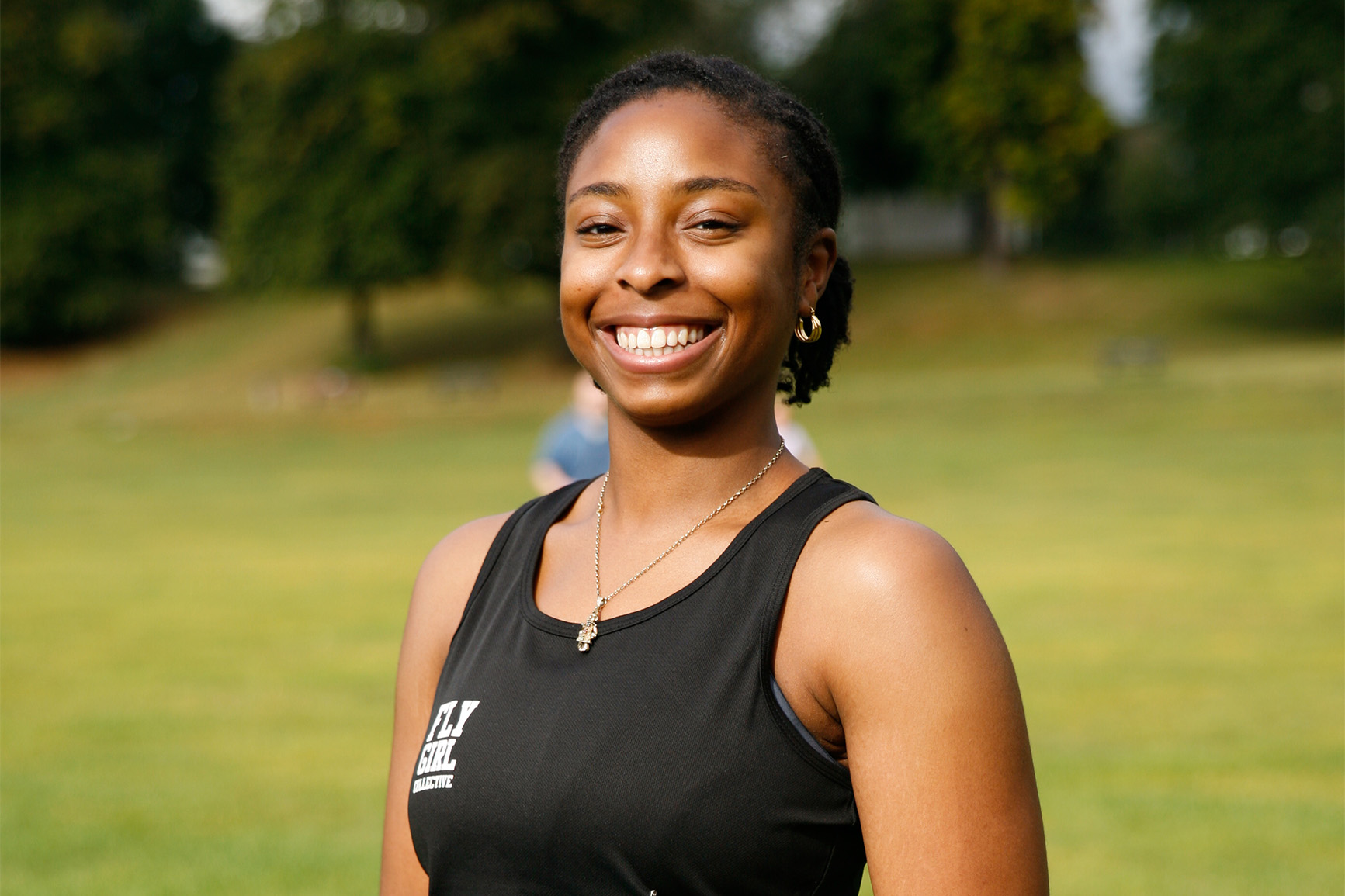 The Collective is all about community, so in this series, we introduce you to some of the incredible members who are representing for the gyal dem and learning to live their best lives through health and fitness. Meet Tiffany – a 24-year-old BPTC graduate who joined the Collective in June 2019.

Why do you run?
Originally, I just wanted to find a new challenge to keep myself busy during my gap year. After running the Hackney 5k in May without training, I convinced myself that I could probably do it again or attempt a further distance – but I would need support in order to achieve it. By coincidence, Fly Girl Collective popped up on my Instagram feed and now I’m training for my second 10k and will hopefully run two half marathons by May 2020. Now I run because I love the community aspect of it.

What’s your favourite song(s) to run to?
Down Bad, the second song on the Dreamville album. The first tune, Under the Sun, sets you off on a nice warm up pace, but when ‘Down Bad’ begins, you get down to business. I find that it gets me to focus on the important things like the rhythm of my run, not just the steps I take, but my breathing which is something I used to have problems with when I first started running.

What was your first running faux pas?
Trying to run in cycling shorts. They rode right up and I found myself doing the walk of shame back home so I could change, just 2 minutes into the run. What other sports or fitness activities do you love?
I was on the women’s basketball team for three years during my undergraduate degree. But I’m a hot yoga fan and have just discovered hot pilates. I like how relaxed my muscles feel after the session despite working so hard during class.

What’s your favourite or dream destination to run in the world?
It would be cool to just hop on a Caribbean cruise and run across each island (not necessarily from one end to the next!). I love my Bajan and Jamaican heritage, but it would be a nice excuse to explore other countries out there.

If you could go on a run with anyone, who would it be?
I would love to run alongside my oldest brother. He runs the ‘Ultra Tour De Cymru’, 100 miles along the Welsh coast (but don’t tell him that because he’ll sign me up for it and I’m not physically or mentally prepared for that anytime soon!).

And finally, what’s a life lesson running has taught you?
In life, people reach different stages or milestones at different times. Just because they took longer to reach a goal or they didn’t quite do it in the same way, doesn’t mean their achievements are any lesser than those that reached it quicker or in a different way. Like running, it doesn’t matter what time you run a particular distance in. Finishing the way you want to and enjoy the feeling of completing it is most important.