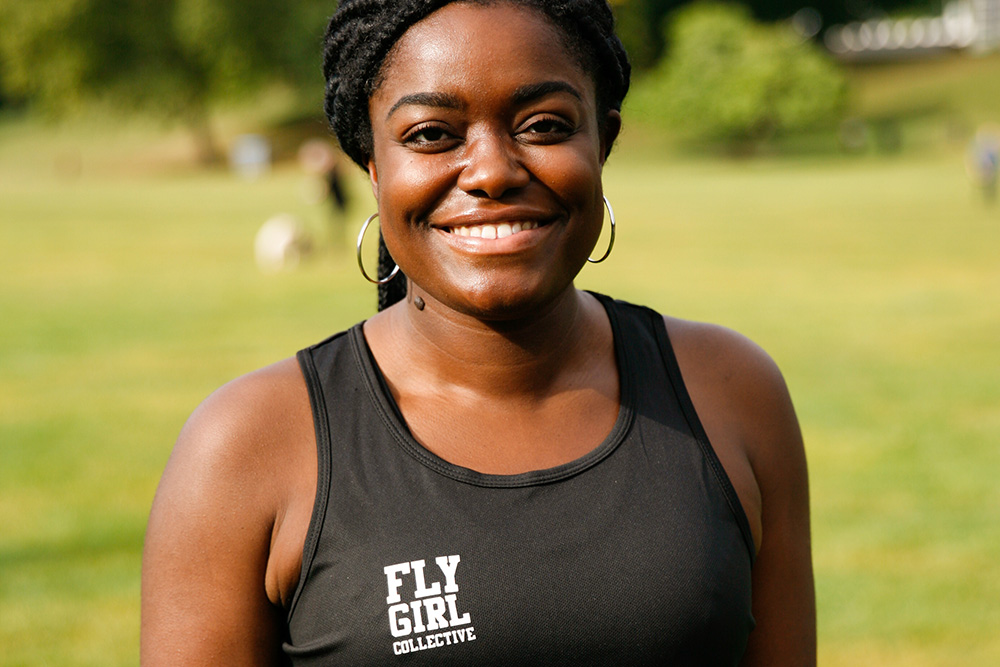 Every Fly Girl member season is built around an event– and for many of the members, it’ll be their first time training for the longest distance they’ve ever run.  Benjamina, a food stylist and writer, joined the Collective in 2019 (Season 1) and had never completed a race. But two years later, she’s now run her very first half-marathon, The Big Half. Here, she shares her lessons learned.

Why did you want to run a half-marathon?
Before signing up, I had no intention of ever running such a long distance, I was quite happy with keeping things at 10km max! But during lockdown, I found myself wanting a new challenge and a way to keep myself accountable with exercise. I decided to run it quite impulsively and once I was in there was no turning back!

What was the biggest challenge for you?
The mental aspect of long distance running was a tough one. My biggest challenge was believing that I’d put in enough work to get to the finish line but I just had to trust that those 13 weeks of training were enough and that my body was capable.

Was there a song that helped you get through it?
There were a few that helped at different points; most of the Homecoming album by Beyonce and plenty of salsa, especially La Parada by El Noro y Primera Clase.

What’s a lesson running a half marathon has taught you?
Viewing the half marathon as one giant, seemingly impossible task was quite intimidating but breaking it down week by week and even day by day was really helpful. It helped me learn to celebrate and appreciate the little wins along the way which made the whole journey more enjoyable. Whether it was being able to run all the way up a hill that I couldn’t before or running for longer each week without stopping, these little milestones would be just as important as finishing on race day.

What have you enjoyed about being in the Collective?
I love that the emphasis is never on competing against each other or battling for the best times. We’re all running our own race and are there to support and cheer each other on along the way.

And finally, what would you say to other women considering long distance running?

With the right training and support it’s definitely doable! Don’t count yourself out or talk yourself out of it before you’ve given it a proper go.